Fort St. John ran a very successful three day campaign from December 2-4th this year. With the overwhelming support of The United Way Of Northern British Columbia, Safeway, The Bell Media Group, Trojan Safety, Cat Rentals , The Salvation Army and many others, we were able to collect nearly a full trailer of food and a significant amount of cash for The Salvation Army in Fort St. John. Safeway provided the campaign with specially packaged $5 and $10 bags that were geared towards filling the specific needs of the Food Bank. Safeway Store Manager (Stan The Man) ordered in pallets of these bags and then watched nervously to see how many would be left. He need not have been concerned, By mid day on Sunday, we had sold out the entire stock!

It cannot be stressed enough, how having a solid media partner anchoring the event makes all of the difference! Bell Media with their local stations The Bear 101.5 , CJDC, and Sun Media were on location all through the event doing on location broadcasting, interviews and updates several times an hour. With all of that support , the trailer started filling up fast! 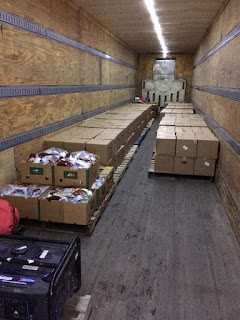 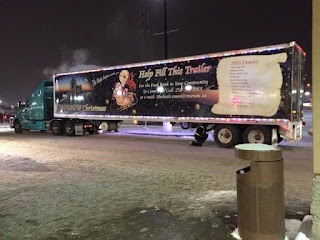 No event can ever be successful with out the volunteers that drive it. To that end, we offer our sincere thanks to Brandi Cage from Rosenau, who toughed it out the entire three days, as well as Niki Hedges from United Way and the Salvation Army Team that were on hand selling bags and providing hot chocolate from their brand new Community Response Unit. We would also like to thank Trojan Safety for sponsoring the Hot dog and Burger by donation stand. They braved the wind and sub zero temperatures to make sure everyone had a full belly with their awesome mobile bbq!. We would also like to thank Cat Rentals for the tent that kept the whole thing covered. We had many other volunteers from Rosenau who in between working their shifts over at the shop came over and helped out as much as they could. Angie, Kelly, Jason, Marcel, Sam, Carol and Cody as well as some of our Family Members. 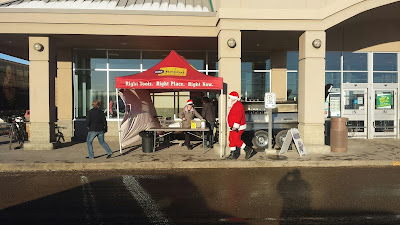 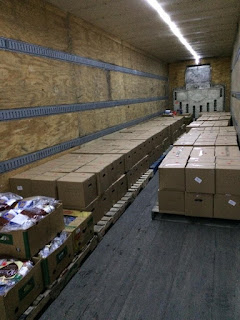 The Need is still strong in our communities and we thank all of those who stepped up to provide a hand up! 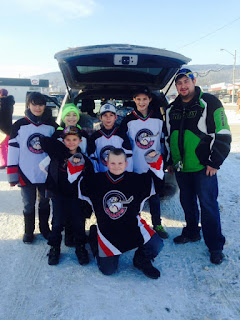 The Community of Chetwynd saw an unusual sight on November 26th 2016. For the first time ever, 18 Wheels Of Christmas made an appearance there!. In a partnership between Aim Trucking, United Way, Chetwynd IGA, Chetwynd Fire Dept and many other groups, they had a very successful Food and Toy Drive!

Braving cold temperatures, frosty winds and a long day, volunteers were able to fill the floor of the trailer halfway with much needed donations for a Community and area hit hard with the economic slump.

All donations went to the Tansi Friendship Centre where they will be distributed to people from across the area. 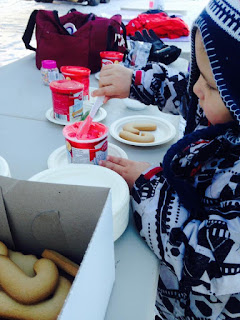 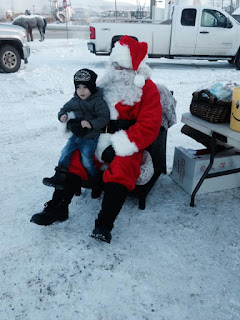 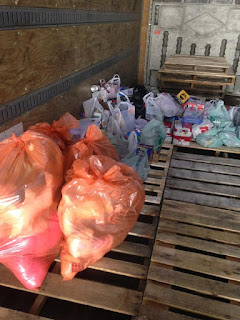 We would especially like to thank Peace FM who were strong supporters of the event and braved the elements to help us get the message out. 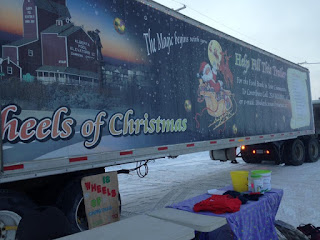 People who donated were treated to Tim Hortons coffee and hot chocolate, cookie decorating and of course a visit with Santa Claus. Thank you all so much for your committment, time and willingness to make a difference.

Our 18 Wheels Of Christmas Event in Dawson Creek wrapped up on November 19th with our most successful year ever!

The two day event hosted by United Way brought in a total of 18 pallets of food and 4 skids of brand new quality toys as well as over $3,000 in cash donations! 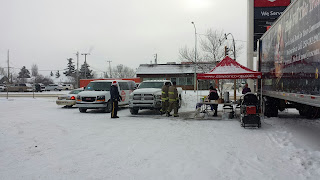 No event on this scale can ever be successful without the support of the community and our partners! This year saw our local Dawson Creek Fire Department out in force as well as the Dawson Creek RCMP, Cat Rentals, United Way staff, Salvation Army volunteers and of course The Dawson Creek Co-Op. A huge helping hand this year from the local area banks as well. North Peace Credit Union, Bank Of Montreal, Royal Bank, TD Canada Trust, South Peace Credit Union and Scotia Bank took part with volunteers as well as activities in their bank branches. Many of the branches sold coupons for pre-packaged food bags! Our Mayor Bumstead even came out and braved the cold for a few hours, waving in the traffic. 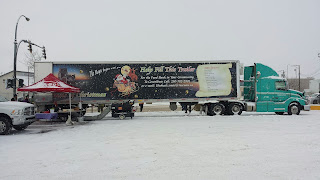 As always, our Local Rosenau Staff came out in force! From Santa Claus (aka Blaine M) or Karen G who spent hours out on the street keeping the enthusiasm going or Rachel R who put in dozens of hours handing out flyers, decorating and contributing her time. We had many other staff members come out and help. A very special thanks to Karen B of Rosenau Transport and Emily G of United Way for the countless hours you both put into this event. 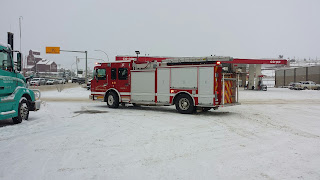 Most importantly, we thank the public. Without you and your generosity, these events could not happen, and lives cannot be changed. From the bottom of our hearts, on behalf of United Way, Dawson Creek Co-Op and Rosenau Transport, Thank You! 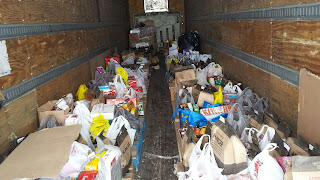 What is 18 Wheels of Christmas?

18 Wheels Of Christmas was conceived in 2002. It was created to give the Global Transportation Community, a way to give something back to the communities in which they live and work.

The concept, though simple, has far reaching effects for the less fortunate in our communities. Our ultimate goal is to use 18 Wheels Of Christmas to stock every Food Bank in every community across the country at Christmas time! Though our collection efforts are centered around the Christmas season, much of what we collect in communities often lasts through the entire year. Every single item or dollar that we collect in a community stays in that community! Many people assume that a Food Bank is utilized by people who lack the ability or ambition to work or succeed in life. Nothing could be further from the truth. Throughout the country, there are many, many families who need Food Banks regularly. Many of these families have two parents working in low or minimum wage jobs and they struggle everyday just to pay the rent and utilities. At the end of the day, there is often not enough left for them to buy groceries for themselves and their children. These are the people that 18 Wheels is dedicated and committed to helping.

Over the past thirteen years, we have refined and built upon this concept, but, to continue it's growth and success, we need the support of all Transportation Companies in Canada. Rosenau Transport Ltd. , a major Western Canada LTL and Full Load carrier spearheads this campaign, reaching out to our competitors, our friends, interline partners and all others including our suppliers in the transportation industry for help.

We invite you to browse our site, read the news stories and check back with us often to read up on our successes and new partners.

And of course, none of this would be possible without the generosity and support of the corporate and public donors who give so generously to this wonderful cause. We thank you for your heartfelt contributions of money and non-perishable food items. It is because of you, that many families across the country, have access to nutritious food, not just at Christmas but year round.

Where Does The Money Go?

First, it is important to note that we are not a registered charity. We are simply providing the means for donations to get to the Food Banks.

We are often asked what happens when a company or individual makes a financial contribution.

* There are no paid organizers or workers. Everyone's time is donated.
* Our 18 Wheels trailers have been generously donated, decalled, decorated and maintained by our corporate sponsors.
* The fuel we burn in our trucks during collection was provided by our companies.
* Our advertising and promotion is provide by our sponsors or we utilize free media options such as this website.